A picture made of much smaller distinguishable elements. (see figure)

The elements may – or not – be similar to the global picture. Recently, navons have been used to test the interactions between perceptive and high attentional levels in the brain (J. McCRONE, 1999, p.27)

A navon can be self-similar at its two different levels.

A beautiful example is the engraving "Public opinion" by the Swiss painter and engraver Arnold BÖCKLIN wherein public opinion is represented as a gigantic dragon made up of a myriad of much smaller dragons of a similar shape.

Navons present an intriguing perceptive ambiguity and has been used to study the effect of alternate perception in the brain. However this is a two-way phenomenon, i.e. "not a passive process. High-level attentional areas can tell low-level sensory areas what they should be concentrated on.

This feedback system can suppress the activity of some cells and increase the sensitivity of others. In effect, the brain can highlight what it wants to see"

As a source of metaphors, navons are suggestive of the subtle reciprocal relations between levels within complex systems. 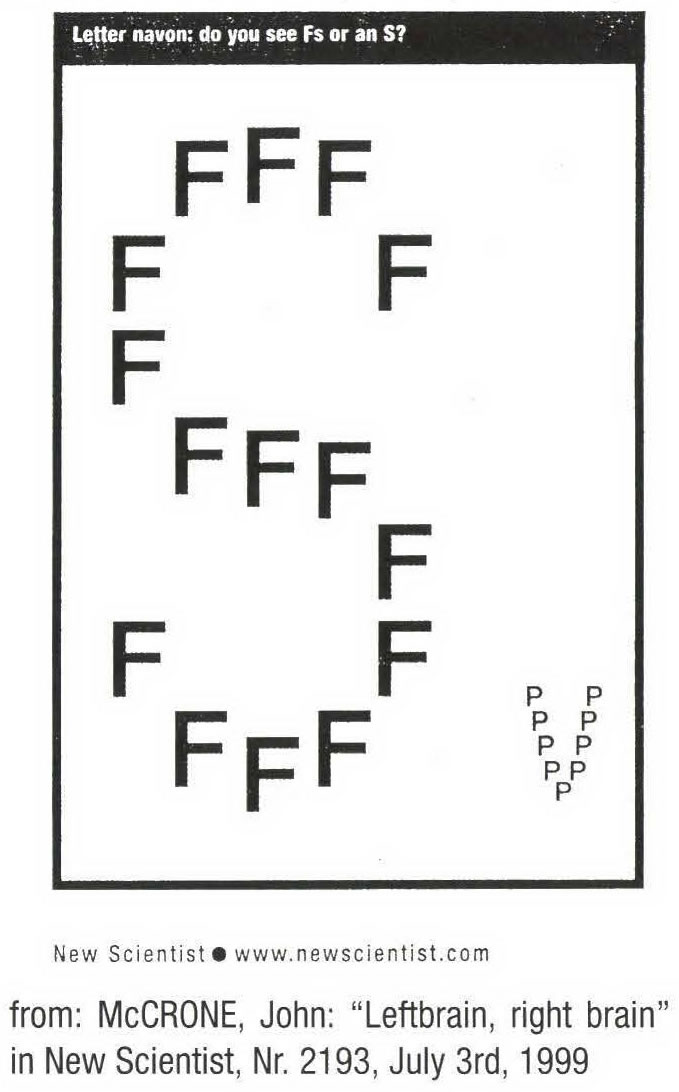