The mask is a partialized screen through which we observe specified states of the system. It is a kind of variety reductor. According to KLIR, he borrowed the term from A. SVOBODA (1963, 1964).

The concept is related to KLIR's "Behavior system", which "is defined by a time-invariant relation among selected present, past or future states of the variables in the experimental frame" (1988, p. 151).

The mask operates as a conceptual and formal selector.

It is an important tool of KLIR's systems inquiring method and reconstructability analysis.

KLIR describes the mask as follows: "The pattern of samples which is referred to as the mask, specifies those past, present or future states of the variables which are required to be a part of each sample. As such, the mask represents an hypothetical memory structure of the system" (1975, p.155).

KLIR moreover explains: "The problem of processing a given activity is related to a chosen mask (the mask represents something like the width of our view of the system) and may be stated as follows: Find samples of activity for all possible time positions of the chosen mask on the activity; express the relation between sampling variables, given by the obtained set of samples of activity, in the form of a Boolean equation, and solve the equation" (1967 p.194).

(for formalized aspects of the method see quoted papers)

As observed by M. NOWAKOWSKA: "The observer's first choice is to define operationally the phenomenon which he studies. This choice depends on the goal of research, and even for the same goal, the choice need not be unique". And: "… for the same goal, two researchers are likely to choose different variables. Whether or not the selected variables "cover" the phenomenon, in the sense that they provide information sufficient to attain the goal, is usually impossible to determine a priori with full certainty" (1986, p.62).

On the other hand: "Often the mask becomes changed in the process of taking the observations, i.e. one may decide to take some additional observations, of new variables, or of the variables observed until a given time" (p.66).

In other words, the choice and use of masks is partly heuristic and partly experimental. 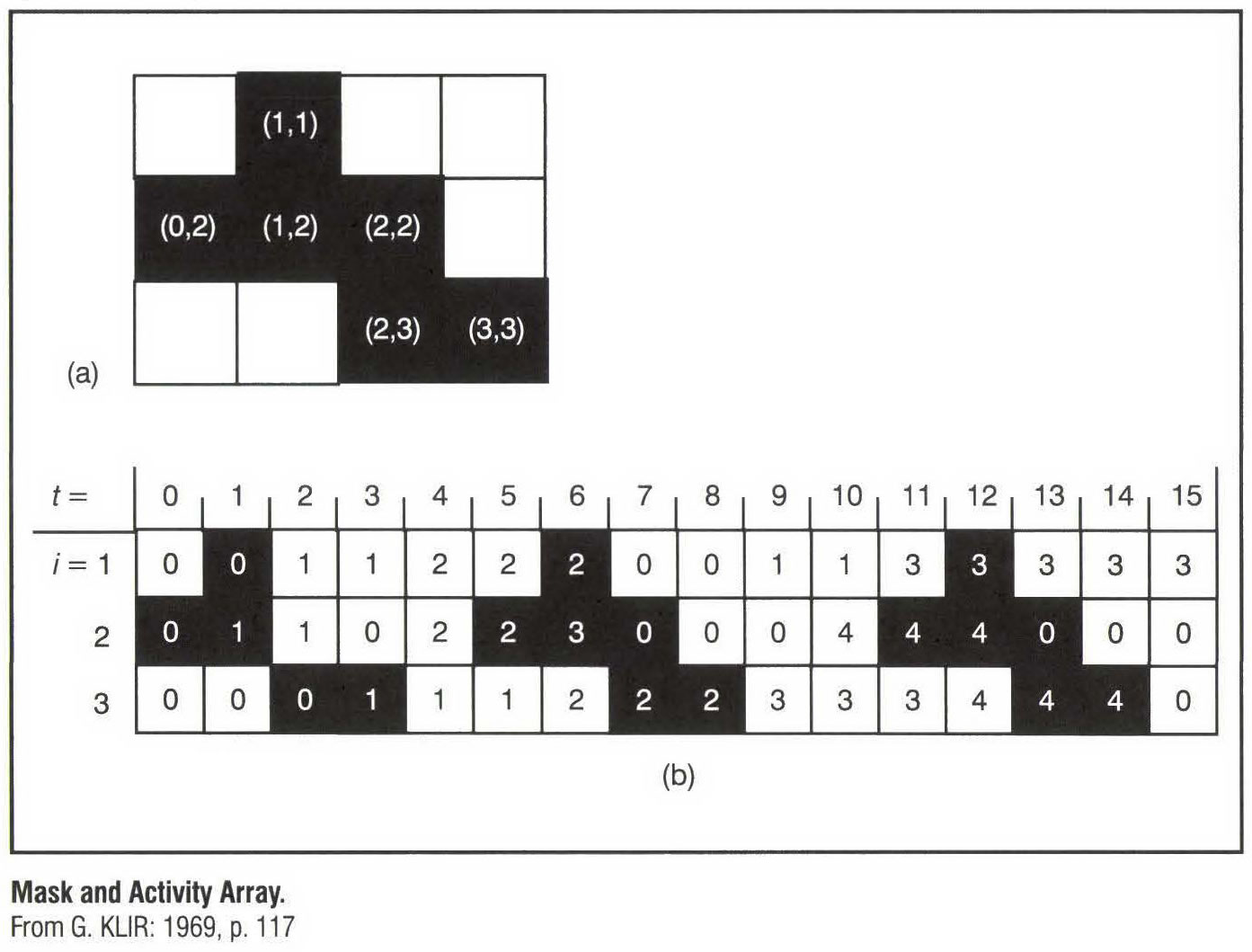