A process in which the increase of an element in a system is enhanced by the concentration of the element itself.

The reaction's product is itself the catalyzer.

Autocatalysis is basically a self-amplifying process, but moved by a cyclical positive feedback with relaxation phases. It may however lead, in a limited space, either to a destructive supersaturation or, exceptionally to the emergence of a new level of organization of the elements reaching a critical density. K. KRIPPENDORFF observes that: "Autocatalysis is not to be confused with multiplication through production, including self-reproduction in which the growth of the population is an aggregate property of the productive capability of its individual members" (1986, p.5) 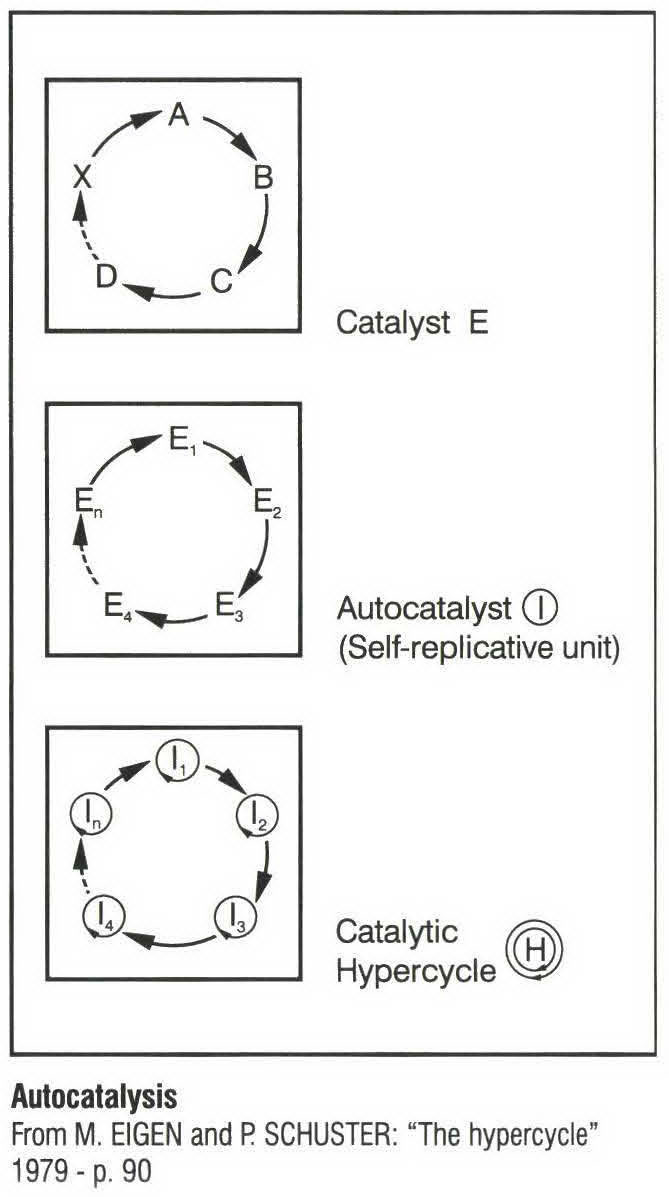